Sign in and post
Here you can share your blog posts, project updates and other Elixir related news. The news will reach thousands of people via this site, RSS, Twitter and the ElixirWeekly newsletter.

Custom eLearning Application in Elixir – why is worth it? Real-life projects examples

It wasn’t that easy, but we found for you great examples of eLearning applications made in Elixir. So first - check why is worth it to invest in a custom eLearning app, and secondly - check why Elixir is awesome to create one! https://curiosum.com/blog/custom-elearning-application-elixir-why-projects-examples

A Strange pitfall with Map.get & its default behavior | Elixir Basics

How I fell into a pit for the default behavior of a function Map.get/3 in Elixir.
A strange experience.
Bugs treat all developers equally. So, treat all bugs equally.

In this blog post I translated an answer by José Valim to a question asked at Elixir Brasil 2021. https://dev.to/adolfont/does-jose-valim-prefer-dynamic-typing-or-static-typing-27fg

The latest episode of Elixir Wizards is out today! Check it out here: https://smartlogic.io/podcast/elixir-wizards/s7e5-chen/

Basic usage and examples of cachex - an elixir library for caching and in-memory data storage. https://www.youtube.com/watch?v=b97ITa_-hj4

Blog: How To Edit Your Commits with `git commit --amend`

Episode 139: Creating PDFs with ChromicPDF is out.

In this post, we explore three common methods of debugging code in Elixir, as well as how to debug Elixir processes using trace and observer.

ThinkingElixir 075: RabbitMQ and Commanded at Simplebet with Dave Lucia

In episode 75 of Thinking Elixir, we talk with Dave Lucia about Simplebet’s use of RabbitMQ and Commanded for solving unique real-time problems. We learn how Simplebet uses Elixir when creating real-time sports betting markets. We also learn what CQRS systems are, how the Commanded library supports that in Elixir, and how Commanded pairs well with RabbitMQ. Dave talks about moving away from Kafka to RabbitMQ and how that made sense for their use cases. Also valuable, Dave shares where they have found the “dragons” in their design. A helpful discussion that helps identify when CQRS systems might be a tool to use when solving our own problems. Simplebet is betting on SurfaceUI for front-end design in a big and interesting way as well!

This is a post on how I forgot about handeling summer time in Elixir.

Hi, there 👋🏼! Here’s part four of the Building a simple Calendly clone with Phoenix LiveView series, in which we will implement the monthly calendar. 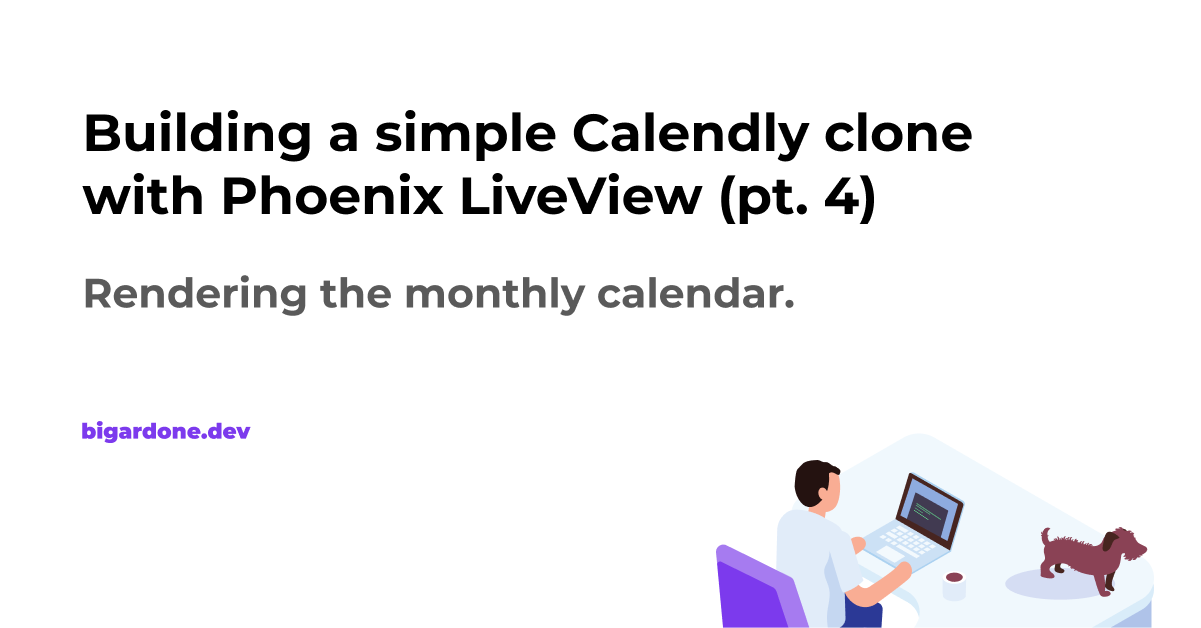 I’m betting my time on training Brazilian programmers with weekly content in Portuguese. Check out our channel: https://bit.ly/ellycode

Books are very important for the community. In this text I show how one particular book publisher has been relevant for the Elixir Community.

Best Elixir learning resources in 2022 - for beginners, regulars and experts

The latest episode of Elixir Wizards is out! Check it out here: https://smartlogic.io/podcast/elixir-wizards/s7e4-neto/